#AskTheRightQuestion My challenge to Paypal Mafia to fix the capital market worldwide! Comments on Redefining Capitalism by Eric Beinhocker and Nick Hanauer McKinsey, Will Novosedlik Anyone interested in the future of capitalism should read this. This particular discourse is gathering steam, and I would love to hear what commentators like Hilton Barbour, Ashley Konson, and Mitchell Osak have to say about it.

Despite its ability to generate prosperity, capitalism is under attack. By shaking up our long-held assumptions about how and why the system works, we can improve it.


My comments added to this thread: Network Update Discussion | LinkedIn:


Rory Sutherland Will Novosedlik there is not any easy answer, as I have done an executive MBA in finance, and now claim to have contacts (& even few friends) in senior positions in Banking/investment banking/ insurance/ stock markets/regulators/brokers/pension funds/family wealth/HNW/UHNW/billionaires to family dynasties to ultra poor and middle class people.. everyone has their own view of good/bad capitalism.. of course, John Kay  as quoted by Rory is one of the best guy.  but none encapsulate better than Clayton Christensen in his church of new finance slide:  capitalist dilemma/economic engine or lack of that makes like of Koch brothers richer,capitalist dilemma/economic engine or lack of, and encourage the rich in keeping the money (over re-investing) :

I have also read most of Peter Thiel's book and listen to his talk:  I am all for his idea of investing in and creating new monopolies (that fixes things), but surely if his comment that night (I'm paraphrasing here) that he kept 3/4 of his net-worth in Silicon valley as he does not trust the treasury bond bubbles.. read into that!  I would have thought with his billions, he could take the plunge and try to fix the treasury bond bubbles!?

Dominic Barton has given many great speeches worldwide . I totally agree with Dominic that we need to focus on fixing energy food and water problems of our world.. (see his speech via his picture above)


Fact of the matter is, there are a lot of talks (not much actions sadly!) about fixing capital market with multitude of "new terminology" from "Inclusive Capitalism" to "Intelligent Governance" etc. sadly no one talks about the fundamental problems, namely (across the board, from companies to governments) too much focus on creating unnecessarily and trading of debt (corporate to personal), glad we have finally the book of #HouseOfDebt by 2Profs Atif Mian and Amir Sufi:   #MustListen @GarethWong @BBCRadioCA @peston w @AtifRMian & @profsufi  #HouseOfDebt http://t.co/MZ1HNPofhi Cash&Equity 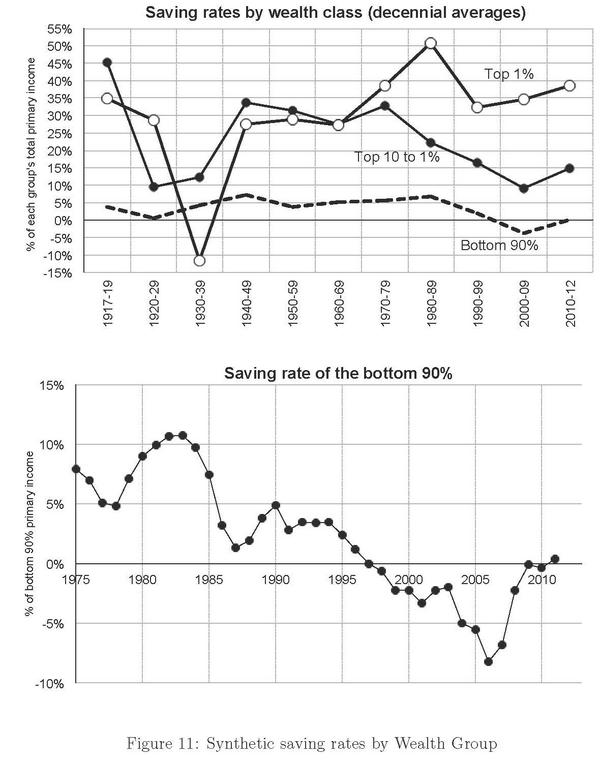 Our whole world from news to governments are now driven by this endless "Growth at all cost" (as mentioned in the article, GDP is not a good nor ONLY measurement, but we need solution! See Diane Coyle's book @diane1859, summary here on IMF website's "The Price of Everything and the Value of Nothing".), and our world is not rewarding people/firms that make value and punish those that destroy value. CSR AND how we measure/reward the performance data will all need to be redefined.

Even if capital market is fixed (I have not touched on any solution as yet!), if people do not share the a common goal across different verticals, the whole system will still fail! (as it is much easier to have the status quo of  "them and us" mindset and make as much money as one can and retire and become tax exile! nothing wrong with that!?)

I propose that we need something more than the CSR.  As implementation of CSR is not fundamental enough, not much emotional/dedication/self-less inspired to ensure people/firms are on the same page (share the same goal), therefore, I propose we need a new way of looking at CSR, as explained to Rory before at our lunch, it is called Corporate Parenthood (it is a form of ideology/application of what we know best, family value but applied to business. I need help/constructive feedback though, from Professors to story teller, and even film makers to make it happen & #FixTheWorld).

However, biggest problems for our generation and the the millennial are just engagement with the right thing, they are engaged but sadly with the wrong thing (snapchat!?), how can googlebox be a "thing"? we need to have everyone engaged, but they can only engaged if they challenge themselves.. and sadly me included, not challenged enough! I have solution for that, it is called non profit @Be_Champion Movement (would be great to have some great minds' constructive feedback/help to make it a reality)

That must be the reason why Jean Tirole won his Nobel Prize!

(RT @GarethWong great summary @titonka Understand the research that just won @Jean_Tirole the economics Nobel Prize on Vox via @voxdotcom), we need to measure firms and industry differently, create a new financial ecosystem from ground up.. The solution would be worth a book, or a series of blog post.. not sure if I have time to write it. .. would be great to hear your thoughts.


Talking about Peter Thiel, with is Paypal mafia's help, it would be just lifting the fingers if they wanted to fix the capital market worldwide (OR just capitalism), I would like to challenge them to do so, would they like to accept?


Before they do that though, they must #AskTheRightQuestion!  For example, is Cow worst to our environment than Cars?