Very interesting... but hows that related to % of people that 'transact' online??? World Map of Social Networks | Vincos Blog


Very interesting... but hows that related to % of people that 'transact' online??? 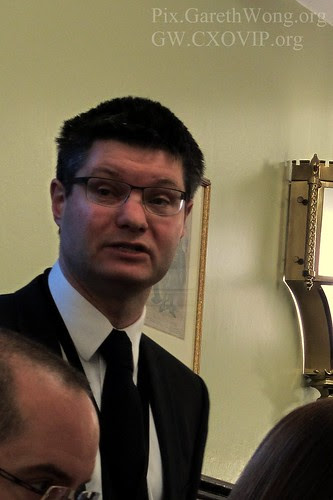 Many thanks for Jeremy, the conservative China group & Huawei's sponsoring..

Lord Wolfson's shared some best insights & no hold bar directness really won me over, he might be my most favourite Lord yet (one of the youngest I met for sure!)

I particularly love his sentiments toward how Hong Kong Chinese should have been welcomed.. but then unlike him, I maybe biased!

I trust it was chatham house, so I won't repeat anything, but his sound bite & 'poem' recited on the fly was brilliant, it summarised China very well indeed:

Adrian Leppard, City of London Police Commissioner, at the next Q1 E/MBA club, 2012, location TBC for those qualified to join us, 2Feb 2012 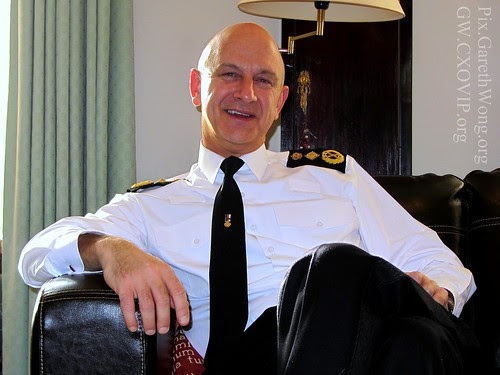 WE are all looking forward to the next super exclusive E/MBA club..

"The growing threat of Fraud and Cyber crime; what the Police and Government are doing about it and how business can help themselves"

Narrative:- The explosive use of the internet as a social communication and business environment, coupled with the simplicity of operating systems has offered an area for criminality.

Fraud and identity crime is now affecting most communities with the young internet savvy "tweeter" and the older less "street wise" users being equally affected.

Nearly 30% of all Organised Crime Gangs are now turning to fraud as an area of easy criminal income and the worldwide nature of the internet means that offenders can target us from overseas.

The Police and Government are responding vigorously with new money, new skills and new relationships to counter this threat. Businesses are also very aware. The challenge lies in how we bring this together in a united attack on a rapidly expanding problem.

Key lesson to be learnt: rules of 'forgiveness', "never forgive those who are not repentant" , talhotblond - Channel 4

talhotblond - Channel 4:
shocking.. !!!
Life is stranger than fiction!
Key lesson to be learnt: rules of 'forgiveness', "never forgive those who are not repentant"
Posted by AI King at 00:34 No comments:

White Rainbows, a gallery by U.S. Yahoo! Editorial on Flickr.

The charity argues that there are six priorities needed for a happy childhood. A supplementary report, Promoting Positive Well-Being for Children, also published today, sets out how they should be adopted by government and others as priorities when devising new policies that impact on children’s lives. These are:

Blog: A 300BC challenge for world & business leaders from MengZi (孟子/Mencius) to devise the best strategy

Sovereign challenges are very much in the news in the pas years...
Some might argue that World leaders have sadly now mostly lost their ways, due to the the complexity of running a country and 'trying' to do their best = which usually means 'to stay in power', rather than doing what is really been 'asked' of them, which is to effectively run a country or even the world (effectively, like WTO/IMF/WorldBank) etc.. ... or just 'keep it afloat' (300 years old firms) or 'make it better' for the foreseeable future, or god forbid but "make it a success now and in the future" !!!
Below is what MengZi (孟子/Mencius, Chinese philosopher 372 – 289 BCE) who advised one of the King to devise the best government
居者有其屋_百度百科: This phrase ( Those who lives have Homes) is now in the everyday Chinese language that describe social housing.
His sage advice was:
"“居者有其屋！ 病者有其医！ 勤者有其业！ 劳者有其得！ 少者有其学！ 童年有其乐！ 读者有其校！ 弱者有其助！ 老者有其养！ 车者有其位！ 工者有其薪！ 农者有其地！ 商者有其利！ 优者有其荣！ 能者得其用！ 阅者有其悟！ 学者有其为”"
Based on Translate.google.com (& mostly changed by me, it does not translate well with poems, not that I am a poet!):
"Those who lives have Homes! Patients have their remedy/health! Those who work hard have their businesses! Workers get what they deserve! Youngsters have their schools! Children have their fun! Intellectuals have their Colleges! Weak have their help! Elderly have their support ! cars who have their parking place! Workers who work have their salary! Farmers can have their land! Businessmen have their profits! Those who excels deserves their fame! The able can be used! Those who read can understand! Those who studies have their use! "
Sadly, what happens with the present business and even government leaders is that they mostly create "businesses for sale" (i.e. short term, and don't care what happen to the companies after sale) and "government for survival" ( do what minimum what various stake holders /owed favours tell them to do.. without being toppled politically)... thus we have likes of government off balance sheet investing etc. look at the PPP investments (built public services using private money who wants profit, but its ok as they can pass the law whilst in power, see the BBC piece here. and watch it on BBC iPlayer)
various industry regulators are the same, but it merits another dedicated blog post which I will probably never write..
Without elaborating the obvious... surely, we should turn it around, as set them the MenZi challenge above, and if they can solve it, let them run the business, or government.. BUT if anything goes wrong, the director, or the Prime minister WILL take personal responsibilities... just like the Major/Colonel of the army, take the soldiers into battle and if they take personal consequences if they make the wrong decisions....
Common Sense!?? Surely...
@GarethWong
Posted by AI King at 13:19 No comments:

Happy new year of 2012 to you all, is it worthwhile to learn from "Chinese work ethics"?? Why All the Hard Work? -- Beijing Review

Why All the Hard Work? -- Beijing Review:
The above is indeed a pretty good article on the possible explanation to the 'hard work' Chinese psyche..
Sincerely hope that We the Chinese worldwide can do better and adhere to and propagate that work ethics, despite the invasion of the 'western' thinking, 'western' food, 'western' expectation of work 8hrs a day, five day weeks..
My observation is that, not only the capital market worldwide, but most western world (with a semi-decent benefit system) is totally against and remove the need for 'hard work' (moral hazards)...
For the old generation of Chinese or those that hold the old beliefs (like me) would prefer to work hard, and not to get any benefits even in time of needs.. sadly this is not going to be 'stick' with the new generations where they might prefer "lets re-mortgage" the house and 'live for today', rather than work hard & invest and live a little (vs a lot) but build for the future.. (Think reason why Chinese in China saves like no tomorrow!? as they have a lot of unexpected outgoings, including cost of surgery in some cases!)
Eitherway, guess key is to be happy. Whatever take your fancy...
as I am trying to teach my next generation, the harder you work, the sweeter your success (they are seeing some fruits of success now which is good, but took 8-10years of hard work, hope not too many westerners would learn to do the same so we keep the competitive edge!?? ) No doubt this already might not be the case for the new generation of 'little emperors' in China though!?
In new year of 2012, might be worthwhile to take stock & decide which side you would like to be on!? good luck!
Must read... piece, click through above to read what Valerie Sartor wrote for Beijing review.
"Carl Crow, an American newspaper man and businessman who opened up the first Western advertising agency in Shanghai in the 1940s, said in his book The Chinese Are Like That: "If it is true that the devil can only find work for idle hands, then China must be a place of very limited satanic activities."
Chinese literature and folklore have many moral tales about industrious farmers and peasants. The willingness to work hard and make maximum use of time has been highly valued in China since ancient times. Stories abound about farmers who go to their fields even during holidays, or of peasants who think not only of themselves and their families, but also of their community and future descendants."