My comments for this thought provoking post: Is the New Google More Like Berkshire Hathaway, General Electric or AT&T? - The New York Times

Is the New Google More Like Berkshire Hathaway, General Electric or AT&T? - The New York Times:

Google is profitable (in search), as its the only game in town now that delivers (so far). so, can't blame them for restructuring for the future.. as their future could easily be taken away by something disruptive (e.g. a firm that only takes money when transaction is done, rather than eyeballs/click through).. I certainly hope they can do more to help #FixTheWorld rather than only trying to change it!

Warren's BH is also only game in town (in finance), but its a cash-flow and trust arbitrage, it is not even a conglomerate (as Warren is very hands-off as mentioned), so, it is trading for long term but mostly to prop up the share price of Berkshire Hathaway, as he can shift Cash-flow/Debt/Derivatives instruments to make sure everything goes well.. I'm told that just the news of Warren's investment itself is a market making event.. brilliant position to be in.. that is as long as the ratings and auditing markets continues not to deliver. 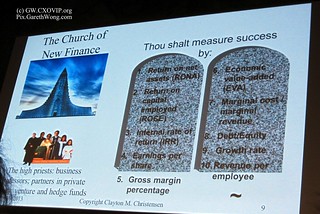 of neo liberal economics meant maximising "Return on Investment"(keeping Debt as high as possible), "Share price" and return for shareholders takes priority over long term future of the company itself, hence the demise of major conglomerates like GEC/Marconi etc. That said, Jack Welch who presided over downsizing GE from hundreds of subsidiaries to 15.  Jack might be a millionaire and celebrities now but some argue that he destroyed GE (The Man Who Destroyed GE http://www.businessinsider.com/the-man-who-destroyed-ge-2009-3 ) It took Jeff Immelt years to sort out GE ( https://hbr.org/2015/04/selling-ge-capital-was-both-a-brave-and-a-good-idea )

[Of course thats why the rich are not keen to reinvest due to this Capitalist's dilemma: 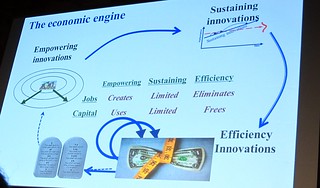 which I have a solution of course, do ping me a message if you want to hear more or think you can help].

Sadly not many senior executives are given the long time horizon and ownership that Jeff Immelt afford, therefore, I totally appreciate and respect what Larry & Sergei is doing structure wise.

don't get me started regarding investments in R&D in telecoms.. I will have to do another blog post dedicate to that.

In summary, all these are too intricately linked.. as long as Google/alpahbet is investing for the future and truly do no evil and focus on helping to #FixOurWorld .. the more the merrier, I say!?